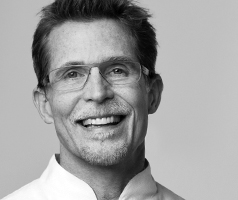 Chef Rick Bayless
Most people know Rick Bayless from winning the title of Bravo’s Top Chef Masters, beating out the French and Italian with his authentic Mexican cuisine. His highly rated Public Television Series, Mexico—One Plate at a Time, is in its ninth season and is broadcast coast to coast. In 2012, Rick was nominated for a Daytime Emmy for Best Culinary Host.

Rick has nine cookbooks. His second book, Mexican Kitchen, won the Julia Child IACP cookbook of the year award in 1996, and his fourth book, Mexico—One Plate at a Time won the James Beard Best International Cookbook of the Year award in 2001. Fiesta at Rick’s spent a number of weeks on the New York Times best seller list.

Rick’s side-by-side award-winning restaurants are in Chicago. The casual Frontera Grill was founded in 1987 and received the James Beard Foundation’s highest award, Outstanding Restaurant, in 2007. The 4-star Toplobampo served its first meals in 1991. And the wildly popular, LEED GOLD-certified, fast-casual Xoco has been around since 2009, serving wood-oven tortas, steaming caldos, golden churros and bean-to-cup Mexican hot chocolate. Rick’s quick-service Tortas Frontera have changed the face of food service at O’Hare International Airport, while Frontera Fresco has brought Frontera flavors to several Macy’s stores and Northwestern University. His award-winning Frontera line of salsas, cooking sauces and organic chips can be found coast to coast.

Rick and his staff established the Frontera Farmer Foundation in 2003 to support small Midwestern farms. Each year, grants are awarded to farmers for capital improvements to their family farms, encouraging greater production and profitability. To date, the Foundation has awarded 128 grants totaling over $1.3 million. In 2007, Bayless and his team launched the Frontera Scholarship, a full-tuition scholarship that sends a Mexican-American Chicago Public School student to Kendall College to study culinary arts. In 2007 Rick was awarded the Humanitarian of the Year by the International Association of Culinary Professionals for his many philanthropic endeavors.

Rick has received a great number of James Beard Award nominations in many categories, and he has won seven: Midwest Chef of the Year, National Chef of the Year, Humanitarian of the Year, Who’s Who of American Food and Drink, Best Podcast, plus two for his cookbooks.

The Government of Mexico has bestowed on Rick the Mexican Order of the Aztec Eagle–the highest decoration bestowed on foreigners whose work has benefited Mexico and its people.

Recently, Rick finished up a sold-out five-week run on stage at Lookingglass Theatre, where he created Cascabel—offering theater-goers the story of a meal, told through flavor, memory, song, dance and amazing physical feats.

About Topolobampo
Rick and Deann Bayless opened Topolobampo in 1989, a few years after opening Frontera Grill. The two restaurants were designed to have the same front door, but that entrance would be one of the few things they would share. If Frontera rocks and claps, Topolobampo slinks. She is the quiet, sleek, classy sister. She’s also the more daring one.

Topolobampo’s food has always been contemporary, and it becomes more so every year. Now almost 25 years old, their menu is divided not into appetizers and entrées but rather into categories like “soulful,” “vibrant” and “luxurious.” You can have all of those experiences, or you can choose just one. Topolobampo doesn’t dictate what kind of experience you have, as long as you have a good one. 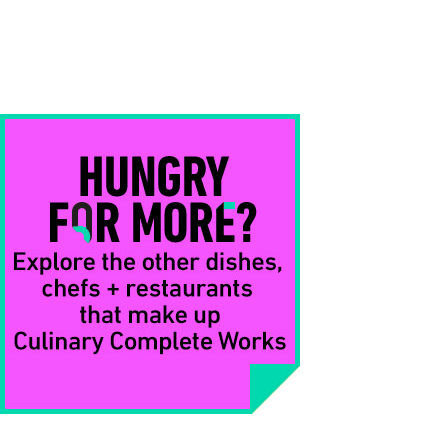